There has been some recent publicity about social media issues that pose a potential risk to students that we wanted to call to the attention of all Quincy Public Schools parents.  A popular app called Yik Yak is being used nationwide by high school, middle school and even some elementary students to post inappropriate and hateful posts.  Yik Yak use is growing as it appears to students that their posts cannot be traced back to them.  Students hide behind the perceived anonymity and post content involving nudity, profanity, and references to drug and alcohol abuse.  Students have been using Yik Yak as a vehicle for cyberbullying and the material has been so cruel that some school districts have changed their phone policies.  Users believe that there is no way to trace the source of messages but police have made arrests with the assistance of Yik Yak.  As they have in other cities, Yik Yak is in the process of enabling a “geofence” around all Quincy Public Schools so that the app cannot be used within our buildings.

We would like to remind parents and students that once a post is made on any social media site, the poster loses all control of where that information is sent so their message or photo is never private.  Parents can support their students in the following ways:

The second issue is specific to Facebook.  The MIAA is advising that a person using the name of “Manny Whelan” is contacting local student-athletes offering money to “compete in an underground wrestling club” held in local hotels.  If you know someone who has been contacted or have any information regarding this issue, please contact your school principal for assistance in making a formal report.

Additional information to assist parents in assessing the appropriateness of social media sites can be found at: 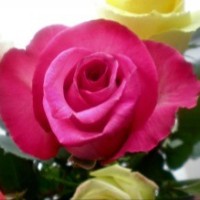 Permanent link to this article: https://squantumpto.com/social-media-advisory-parents/